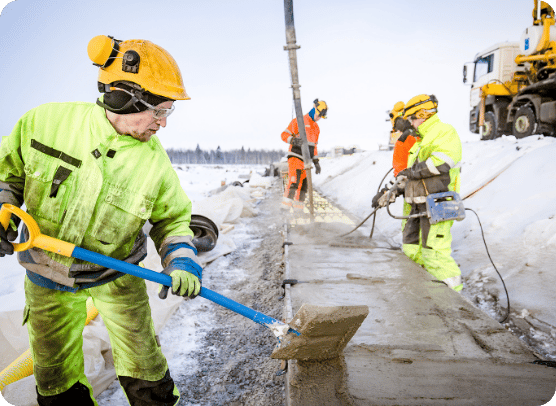 The significant benefits of nuclear electricity generation are widely known and accepted. Today more new NPPs are on the way world-wide than ever before, although the industry still has difficulties to overcome in relation to non-intellectual fears and reservations.

Too many times I get drawn into discussions regarding financing options for new plants, be they general bankability, equity to debt ratio, export credits, sovereign guarantees, or the like. Focus on such topics today tends to cloud the real issue.

Nuclear Investment – What does it really mean?

Investment in Nuclear differs in two major aspects from any other electricity generation technology: the high upfront investment and the long period until a plant generates revenue. It is generally known that projects take 8 to 10 years until connection to the grid; as for the investment cost, realistic figures are rarely discussed. Information generally includes the price tag of the turn-key plant provider but rarely all other factors. Once owner’s cost, escalation cost, and financing cost during the construction period are considered, quoted numbers in average double. Given today’s typical plant prices of around 5 billion Euro a unit (1 – 1.4 GWel), total investment costs are actually in the range of 8 to 11 billion.

This very large investment typically accounts for 70% of the electricity generation cost for the 60 years of operation, and is the only relevant factor which can be influenced.

Unfortunately the track record for nuclear projects is not very favourable and historic average and current project over-runs have led to nuclear investment being rated by Moody’s as generally “credit-negative”.

For more than a century electricity was provided by government utilities in a regulated, vertically monopolized market. Investments were based on long-term national assessments with the goal to secure stable supply and minimize long-term cost of electricity. This model implicitly ensured stable revenues during the operating life of the plant. All operating NPPs were built under these conditions and almost all current projects still are.

In order to reduce electricity prices for the consumer, today private generators have to compete in a short-term electricity market with spot prices being defined within trading periods as short as 30 minutes. This model is based on minimizing short-term marginal cost and requires investments to be based on market incentives; long-term revenues are inherently uncertain.

Electricity Market – how deregulated is it?

Governments still need to foster general and long-term policies in the market. This influence is exercised through “out-of-market” mechanisms in the form of state subsidies or similar vehicles avoiding the formal definition as “state aid”. A multitude of examples can be found in long-term power purchase agreements (PPA) for renewable energy, preferred grid access legislation, and preferential taxation. At a first glance in US and Europe one could come to the conclusion, that the liberalized market worked well, at least electricity prices – as traded at the various dispatch centres – went down and show only a stable, but only slow increase over the years; approximately around 1.9% annually (2002 – 2021) for base load electricity at the European Electricity Exchange (EEX). But although generators receive less revenue for their product, consumers still pay more. Germany here is a prime example with a renewable energy fee for private consumers of 61.7 €/MWh in 2015.

Current prices at the EEX today are below 40 EUR/MWh, which is close to the operating cost of a NPP and completely fails to create any market-based incentive for investment in new energy infrastructure. Recognizing this dilemma countries now start discussing capacity market mechanisms to improve the investment climate. Given the low actual price level, it is questionable whether such mechanisms will yield success and if they do, they will only foster lowest-investment capacity building, independent of the foreseeable generating cost.

It is interesting to note that the first liberalized electricity market was introduced in Chile in 1982 to combat serious electricity supply problems, not high consumer prices.

Nuclear Energy – is there a future?

The answer is a clear “YES” for the many countries still operating in a regulated market regime and for developing countries without major indigenous energy resources, where the GDP growth typically is tied to growth in electricity consumption.

But also liberalized markets start to acknowledge the large positive impact of nuclear generation and are willing to make long-term financial commitments to reduce the actual project risk and provide the long-term revenue stability on a level required to investors. The current projects in the US and the recent agreement for EDF Energy’s project in the UK are examples of such commitments. The UK agreement allows to estimate the magnitude of such commitment; at an average electricity price of 40 €/MWh, an agreed “strike price” of 128.6 €/MWh (92.50 £/MWh) and an estimated annual generation of 15.6 TWh for the two new units the UK government is prepared to pay close to 1.4 billion € to EDF energy for 35 years to reap the direct and indirect benefits of large scale nuclear generation. It has to be noted that these numbers are based on the agreement in 2012 and the strike price is indexed to UK’s CPI which increased over the last 10 years by 3.9 % annually or double as fast as the electricity prices at the EEX; so the commitment for 2040 can nominally be calculated to be as high as 4.8 billion € (there are other profit limiting clauses in place).

Due to its specific nature, nuclear power was, is and will be a “government issue”. In regulated markets, realization of nuclear projects was never a problem, beside the inability of the industry to overcome primeval public fears. In “deregulated” electricity markets, it is again up to the government to make any large energy infrastructure project attractive to investors by reducing investment risk and guaranteeing long-term revenues. This is especially true for investment–intensive technologies like nuclear. Governments and policy makers first and foremost have to ensure that their budgets can sustain the expenses required for being able to capitalize on the multiple benefits of nuclear power.

Nuclear does not have an issue with financing. Determining and defining these terms is down to simple investment mechanics. Nuclear projects have a major issue with long term revenue and project risk.