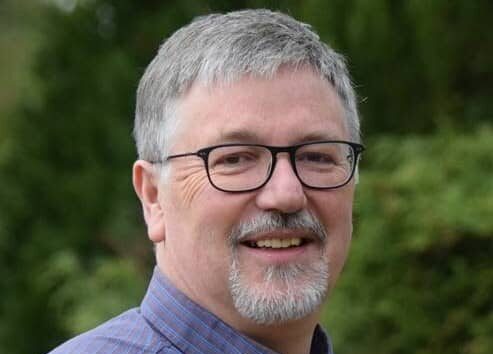 How is the regulation of nuclear and radiological facilities and material related to national security and occupational safety? What does it have to do with public health and environmental protection? What is a dirty bomb? How can the safety and security of radiation sources be ensured? When are they called orphan sources?

Chris Englefield, who spent most of his professional life working for the UK’s Environment Agency as a nuclear regulator and as a specialist in the regulation of radioactive sources, can answer these questions. In addition to his work for the UK Government, he has been an adviser and consultant to the IAEA since 2000 on radiation regulation and nuclear security. Chris is now in retirement and can look back on a wide-ranging and challenging career.  Susan Cohen asks him about the role of a regulator in ensuring nuclear and radiological safety and security.

Susan Cohen: What predisposed you to become a regulator?

Chris Englefield: From my scientific background I’m a generalist — I have degrees in human biology, applied radiation physics and organometallic synthetic chemistry. My interest in becoming a regulator was kindled by the legend of a UK regulator who — when checking coastal nuclear power plants — sailed from inspection to inspection. He managed to claim harbour fees in lieu of mileage — a precedent set by Nelson, apparently! I happen to be a keen sailor.

SC: Is that what you aimed for after your studies?

CE: Not exactly. I started in the defence nuclear industry, training and then working as an operational area health physicist on submarines in refit and nuclear weapon manufacture. Then, I joined Her Majesty’s Inspectorate of Pollution, later subsumed into the Environment Agency. I was involved in the regulation of the nuclear fuel site at Sellafield, nuclear power plants and radioactive source premises.

SC: Did your regulatory work cover nuclear security as well as safety?

CE: Increasingly so. I then spent seven years as North West England Emergency Planner, taking on the Chair of the UK Interpol Environmental Crime Radioactive Substances subgroup. I advised the Government on a project started in 2001 to interdict orphaned radioactive sources at UK ports. This included COBRA meetings in Westminster and a four-month assignment with the UK Security Service, which became the Home Office’s Programme CYCLAMEN.

SC: Were you involved in any politically sensitive security cases?

CE: Yes, I was directly involved in the murder investigation of former spy Alexander Litvinenko, killed in London in November 2006. Litvinenko — once in the FSB (KGB successor) but then in the British secret service M16 — was poisoned by radioactive polonium-210, believed to have laced a cup of tea served to him by another former Russian agent. During the investigation, I was a regulator of the other law enforcement agencies and their radioactive waste arisings.

SC: When did you focus again on the safety and security of radioactive sources?

CE: I returned to regulation as National Manager of Radioactive Sources Regulation for England — with a focus on regulatory processes and radioactive source security — until my retirement in 2014. Also, from 2011 to 2012, I was President of the UK’s Society for Radiological Protection, the second largest professional society for radiation protection in the world.

In 2014, I founded a consultancy — Isognos Ltd. Isognos means equal(izing) knowledge, which I do through writing and training for international organizations and academic institutions, mainly on radioactive source security. Since 2017, I have also been a Visiting Research Fellow in Radiological Security at Kings College London.

SC: How do you see the role of the regulator?

CE: I was at a party in London once and other guests were warned to “be careful what you say; he’s a regulator.” One woman notably said, “I like regulators; they keep me safe.” This has been an important basis for my career ever since. The role of the regulator, in my view, is to be first and foremost a coach — to encourage operators to improve their safety and security culture and practices. A collaborative approach is usually effective and enables the development of good working relationships. Ultimately, however, the regulator is an environmental policeman.

SC: How does radiation regulation in the UK work?

CE: Radiation regulation in UK is highly complex — ridiculous in many ways compared to the IAEA ideal of a single regulatory body. Safety and Environment regulations are different in each of the four parts of the UK! And many other organizations have a radiation regulatory interest. But it works for us. I believe the UK is highly respected for the quality of its regulation.

CE: It matters because radioactive sources benefit society — including their use in medicine, process industries and research. For example, sources are essential for some cancer diagnosis and treatment, and for safety tests on structures and roads. We need to protect these uses. Also, sources need to be secured against malicious misuse, which could harm people and the environment. For example, weaponization as a dirty bomb where radioactive material is strapped to explosives and detonated. Public/media response to such an attack would be huge.

SC: How can radioactive sources be protected?

CE:  Immediately post 9/11, those responsible for sources generally had little idea about how to protect them from an adversary. Initially, the only approach was that used on nuclear sites. But this type of security, while protecting sources, could prevent their beneficial use. The UK was at the cutting edge of creating practicable security approaches for use in hospitals, industry, and universities.  The IAEA has been the global platform for developing methodologies. The key is  people! All the hardware you can muster will eventually fail if staff are not suitably motivated and trained. In short — a strong nuclear security culture is pivotal to successfully protecting radioactive sources. And a strong safety culture is critical to protecting people and the environment. They go hand in hand and must be recognized and endorsed by the regulator.

SC: What threats to nuclear and radiation security have you witnessed?

SC: What are orphan sources?

CE:  These are radioactive sources out of regulatory control — unregistered, lost or stolen. I’ve dealt with a huge number and variety of orphan source incidents. At one time in the UK, something radioactive was found every day in scrap metal. An example — a radiation detector alarm at a scrap metal yard was traced to a hubcap found to have been made from steel contaminated by cobalt-60. Tens of thousands of such hubcaps exist but no other contamination has ever been detected.

SC: Now you’re retired, what are your plans?

CE: I still give mentoring support to professional colleagues and I’m contributing to a major textbook on nuclear security . However, I’m winding down my professional activities and plan to devote more time to family, travel and sailing.