Nuclear Power: To Be or Not To Be 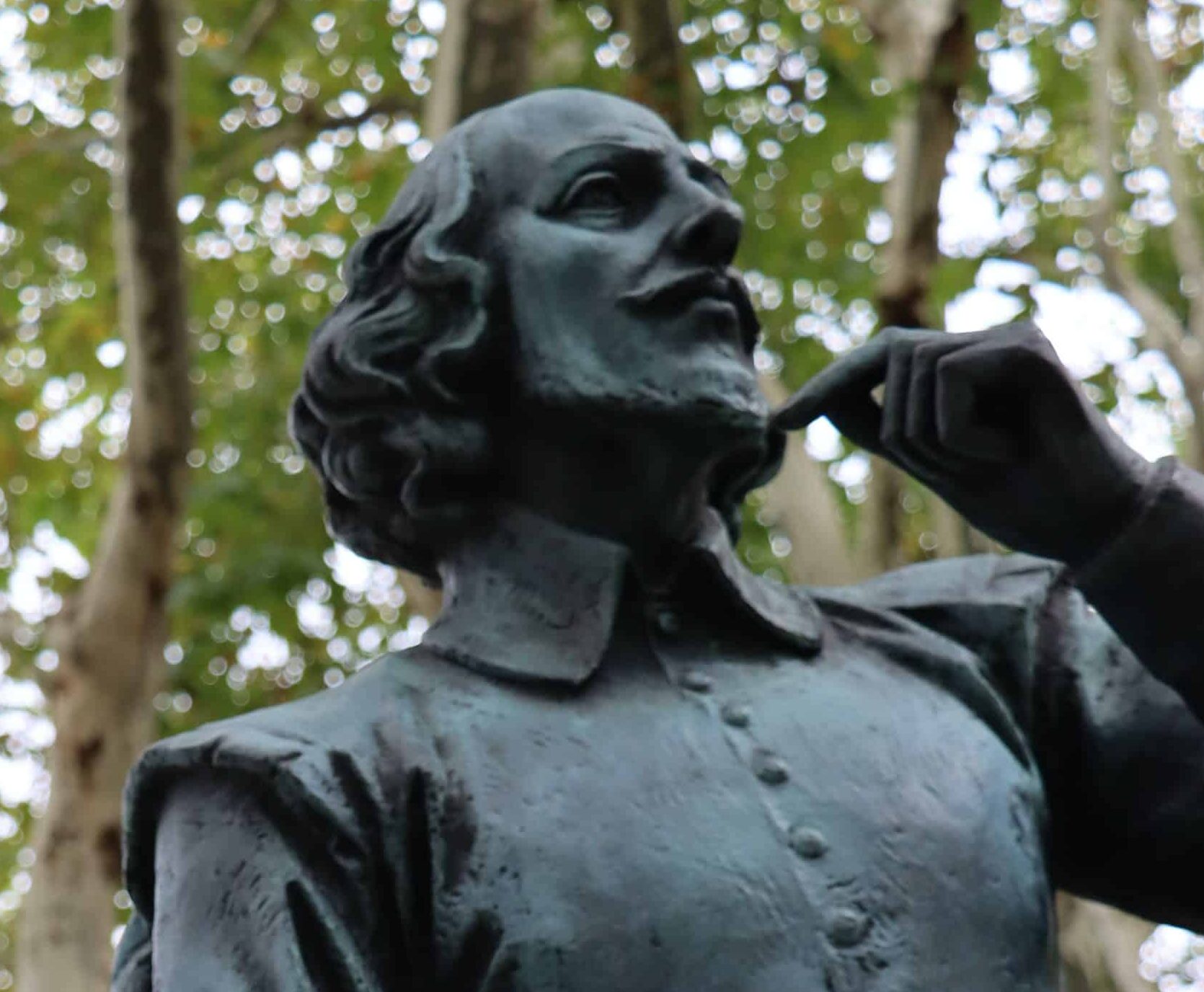 by Susan Cohen-Unger and Yanko Yanev

To be, or not to be, that is the question:

Whether ’tis nobler in the mind to suffer

The slings and arrows of outrageous fortune,

Or to take arms against a sea of troubles,

And by opposing end them.[1]

Great poetry in all cultures has always been the expression of the essence of human nature and it has always exerted power. Poets of towering stature such as William Shakespeare, Dante Alighieri, Abu al-Tayyib, Wang Wei and Pablo Neruda have given us immortal verses of condensed thought and emotion, influencing the psyche and moving the human spirit. Poetry goes directly into your brain. Compare it with ubiquitous, plentiful carbon, which — compacted at super-high pressure — becomes a diamond! Similarly, rambling, diluted deliberations — contracted into a poetic word-image — become a single poignant thought.

In this sense, Shakespeare is a tremendous event in human civilization. He captures the essence of situations, relations, emotions, characters, values and challenges in his poetry. He entertains his audiences by presenting — in exquisite poetry — the moral dilemmas, the eternal paradoxes and the absurdity of human behaviour and society.

“To be or not to be” — prince Hamlet ponders on whether is it better to be stoically passive to life’s troubles or heroically active against them? What brought him to ask this eternal question?

Throughout the play, we see him as a hopeless procrastinator. In fact, he is a thinker, a philosopher, ahead of his time. When other young noblemen are out hunting, drinking in the pub, chasing wenches and writing poems of courtly love, Hamlet is tortured and overpowered by his personal and philosophical problems. Through indecision and hesitation, he misses one opportunity after another to act to avenge his father’s death. Thus, the monologue epitomizes what the play is about: Hamlet’s inability to convince the world (and himself) of the truth. He pays for it dearly, losing his family, his kingdom and his life.

Shakespeare, genius and literary giant, explores the human spirit, describing human relations at all levels — individual, social, universal — so incisively that his words are still fresh today, stirring emotions and provoking thought as they did in his time and always will. He holds up a mirror to the world — shows us characters, their interaction, their destiny — but does not judge them. He leaves us, the audience, to decide what is good and bad about both his plays and their inhabitants.

Today, similarly, contemporary history and the current political landscape also mirror the human condition. Civilization is teetering on the brink of survival, thanks to natural disasters beyond our control, human-made catastrophes and the right or wrong decisions (depending on whom you ask) taken in reaction to these events. In particular, this applies to the underlying source of survival — energy — and what we humans are doing to ensure that our existence is sustained or destroyed.

Four hundred years after Shakespeare lived and wrote, society has moved on. English — then spoken by the few inhabitants of a small island on the fringe of Europe — has become the global language, people in ‘developed’ countries live twice as long, and literacy — then a rare privilege — is taken for granted as a universal right and obligation. Technologically, we are light years further on, scientific and industrial developments having dramatically changed our lives.

However, despite these tremendous advances — which have enabled us to be much more comfortable, healthy, mobile, and informed than people were 400 years ago — ethically, we haven’t budged. Human nature has remained unchanged.  We still need to ask — and answer — the same existential questions that are presented to us by Shakespeare. Certain values are not affected by technology. They can be held only through understanding human nature.

Hamlet’s existential question — to be or not to be — is currently being posed around the globe about the future of nuclear energy as part of our total energy supply. What — you may ask — does Shakespeare have to do with nuclear energy? And what is the purpose of this equivocal question if the answer, both for the Bard[2] and for the nuclear community, is so evasive? What are the parallels between the literary message to a rowdy 17th century theatre audience and the political message to a non-comprehending global public four centuries later?

We have learned a lot about the universe: for example, how the stars operate. Understanding the rules of spacetime has brought humanity to understand the nuclear nature of the world and how tremendous power can be extracted from it. Nuclear is different from any other power source. Unlike the fossil fuel that we burn, it doesn’t need oxygen. It can be used in space, on the moon, under water. Nuclear power is the power of the universe.

We still don’t know how to fully control our use of this tremendous energy. Nuclear power can be used for good or evil. It is ahead of its time because, as a society, we’re still treacherous and aggressive — creating deadly weapons. We don’t yet understand our own human nature.

Nuclear science stretches back over 120 years — with the discovery of the atom and radioactivity, and the study of atomic theory and nuclear physics — and nuclear technology has been developing for over 60 years — with energy generation, radiology in medicine, food irradiation, water desalination and other applications. Nuclear energy addresses the fundamentals of life. It is is ‘too cheap to meter’ — it simply exists if we count the immense benefits of nuclear applications! Whatever we call renewable is driven — ultimately — by the power of the sun, which is nuclear.

Energy, like air, food and water, is fundamental for human survival. We humans have been developing and changing the world and — facing the challenges of this development — people have been asking the question: to be or not to be. They have been making choices.

Hamlet’s choice was whether to fight evil or not. We have many choices to make every day and one of them is particularly important for the future of society. We are at the point where we have to choose whether and how to continue and expand the use of nuclear energy or whether to destroy our home, the Earth.

The nuclear community is inflicted with Hamlet’s dilemma — inability to convince the world of the truth — the truth about nuclear power. How do we convince society that nuclear power is vital for human survival? When will people realize that nothing so useful, amazing and challenging has ever been created by humankind? Today we’re using fission reactors. For the future, fusion reactors are being developed. The fusion process is demonstrated by a shining example that greets us at dawn every day — nature’s great thermonuclear reactor that makes life on earth possible — our sun.

To resolve this dilemma, we need to focus on the ethical and existential questions at the basis of human society. The universal questions have not changed since Shakespeare’s time; they’ve simply become more obvious — above all, those concerning the struggle for survival. If we want to maintain a sustainable living environment all over the world, we need to ensure a sufficient, clean, affordable and safe electricity supply. Our question today asks what human needs are all about — nuclear power: to be or not to be?

[2] Shakespeare, commonly referred to as ‘the Bard’ by his admirers.