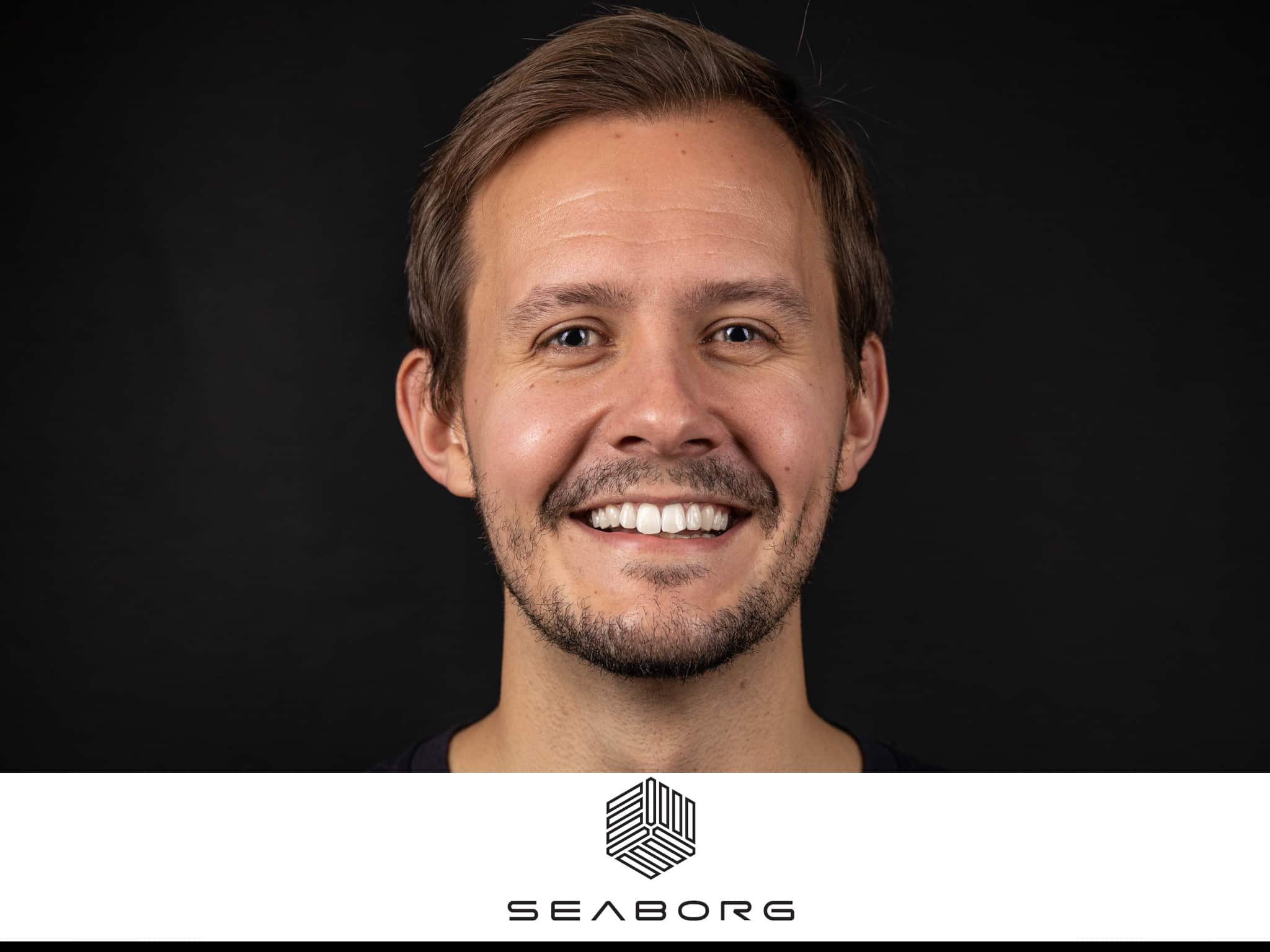 Eirik Eide Pettersen is the Chief Technical Officer of Seaborg Technologies, a start-up company based in Denmark with an expansive vision for small molten salt reactors. As a Norwegian, he followed friends into that country’s fossil fuel sector, but soon hit on some better ideas.

Finding the fossil sector unappealing, Eirik left without much of plan and found himself studying physics in the Danish capital, Copenhagen. “I was in an auditorium in a class which was half on fusion and half on fission. It was one of those moments,” he says, “I knew that was what I had been looking for.”

“I talked to the professor and asked to do a project on nuclear, but there was no competency for that in Denmark.” They managed to find a PhD student at another university, Troels Schönfeldt, who could supervise Eirik and he was able to focus his study on nuclear energy.

Eirik’s next step was to study in France and Spain for a European Masters in Innovation in Nuclear Energy but he kept in touch with Troels, who developed a few plans of his own. As part of a group of beer-brewing physicists, Troels and friends talked about solving the world’s problems. One of the group’s bright ideas became Seaborg Technologies, which Troels founded with others in the group as well as Eirik, who became the second full-time employee after Troels in 2016.

Since then Seaborg has grown to count around 35 employees in Copenhagen. But isn’t Denmark a strange place for a nuclear start-up? Not really, says Eirik. “Our being in Denmark might be a little bit misunderstood. Denmark is a country that really values good ideas,” he says.

Despite having a well-developed nuclear research scene through the 1960s, Denmark lost enthusiasm and in 1985 the parliament passed a resolution prohibiting the use of nuclear power, while instead moving aggressively for wind power. “Vestas,” the country’s wind turbine maker, says Erik, “started a little bit similar to us. There were some people who really believed in it, and the state started to believe in it, and that created one of the best success stories of Danish export industry,” says Eirik, “The amount of wind turbines exported all over the world by Vestas is astonishing.”

“And that’s a little bit the same as us,” says Eirik, “We are a ‘Good Idea’, in my humble opinion. We are taking something that has existed before – the molten salt reactor – and trying to overcome some of the challenges when they first did that.”

Seaborg Technologies‘ good idea addresses the material challenges historically faced by molten salt reactor. Specifically, Seaborg’s small molten-salt reactor makes use of a liquid moderator salt instead of solid graphite, which over time deforms and cracks under the constant barrage of high-energy neutrons. These reactors are mounted on floating barges, constructed in South Korean shipyards, and deployed in South East Asia as a drop-in replacement for coastal coal plants. “There are many benefits when you think of floating platforms,” says Eirik. “They can potentially be moved. If the last year was any indication it is hard to know one day to another how things will look. Looking 10 or 20 years into the future, that flexibility is attractive.”

And if you can move the power barges then you can centralise the production. “If you look at human productivity of anything anywhere, there are hotspots around shipyards. Shipyards are unbelievably good at taking raw materials and making them into productive equipment. Some of them make one new ship each week – in one location.”

“And that’s the scale of the challenge we are facing. How are we going to reach our emission targets? “asks Eirik, “That’s what we need – clean energy deployed at a mind-boggling and unprecedented pace.”

When Seaborg is pitching to investors, “the last slide is like a hockey stick, with exponential numbers of nuclear reactors getting built,” says Eirik, “And it’s a very big number. We are looking at 1000s of reactors by 2040 if all goes well.” That would be great for Seaborg and the nuclear industry in general, but it’s not enough for the planet. “When we look at what would be needed to decarbonise to contain global warming to 1.5 degrees, we would need the equivalent of another 9 companies like Seaborg to have that level of success.”

The pitch deck clearly works. Seaborg raised over €15 million in investment in 2020, a significant part of that coming from Anders Holch Povlsen, the CEO and owner of the Bestseller fashion retail site. This money will be used to expand the technical team and the company’s laboratory. Seaborg has to validate and verify aspects of its reactor design, such as the performance of the molten salt itself.

The company will grow from today’s 35 people to around 50 and ultimately to something like 80 employees in this phase of expansion – a far cry from a small group of people brewing beer in a basement. Despite the company having gone through drastic changes, they still find some time for beer. “A year ago we did a day at a local brewery in Copenhagen run by an old friend of the company,” says Eirik. “We tell people that we went there to brew a Seaborg beer. In fact, the brewers there did all the hard work and we only had a say in the ingredients,” he admits. “But anyway, we did make a Seaborg craft beer – the AtomCraft.”