Zion Lights: Standing up for nuclear 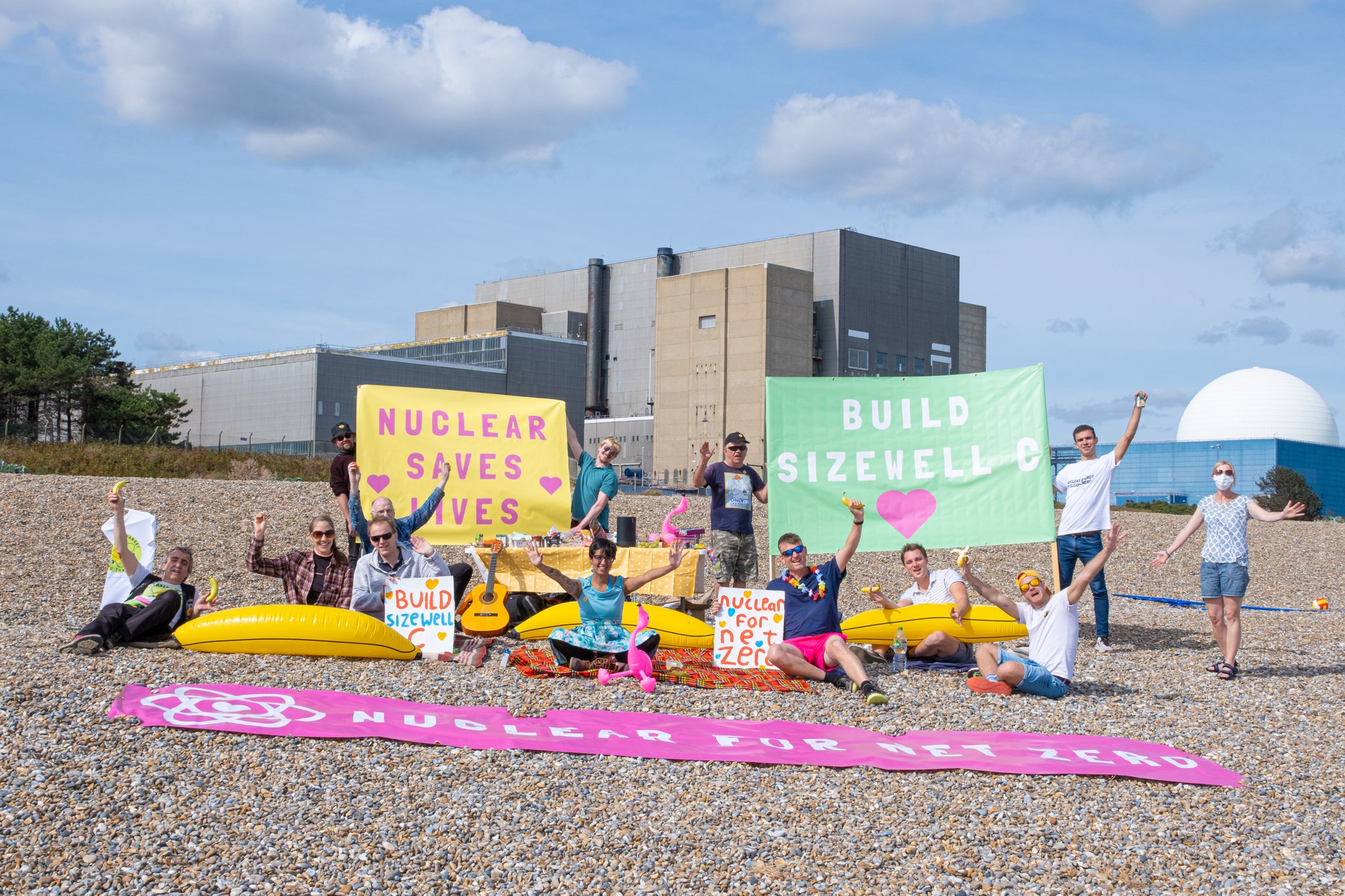 “We live in a society with low level of science knowledge,” is one of the first things Zion Lights says in our conversation. Yet at the same time, people have become convinced of the environmental crisis and, “People want solutions,” she says, and the project to build two new EPRs at Sizewell C is the solution at the top of her agenda. By Jeremy Gordon.

A self-described “long, long-time environmentalist”, Zion has been active since she was a child. Having written The Ultimate Guide to Green Parenting in 2015 and been a spokesperson for Extinction Rebellion she’s become used to navigating scientific controversy. “Why are you pro-vaccine?” Zion was asked by some readers of the book, in which she took an evidence-based approach to parenting. “People questioned it, but the information on vaccines was just as scientific as the advice on transport, which they accepted. So what’s the problem?”

Unfortunately, “There are a lot of post-fact era articles that are not true, and it is hard to read around what you are presented with to pick out the facts,” she complains.

While some people don’t want to accept information that contradicts their ideas, Zion has been the opposite; her eyes were opened to nuclear by a single paper and she read from there. Abundant information is available on nuclear energy for those who look for it, and the quality is far higher than anti-nuclear sources. “I looked at the pure numbers and David MacKay’s book, Sustainable Energy – without the hot air. There is a huge body of research, how could I NOT change my mind?”

“I realised I had been duped. I had been lied to about nuclear by people who believed it themselves,” she says, “And they believe it because other people believe it.”

From then on Zion knew nuclear was part of the answer to climate change even though she couldn’t talk about it or take much action. “But it completely changed my life,” she says, recalling a Green Party debate on energy solutions to climate change. “There were two Green Party members on stage with a scientist from the UK Met Office.” They talked for a long time about renewables but never mentioned nuclear, “So I asked the question to the scientist: ‘The research I’m reading says we need nuclear alongside renewables’. But the host of the event didn’t allow him to answer on the mic. The other panellists just said, ‘we don’t need nuclear’ and everyone cheered! I quit the Green Party on the same day.”

What is going on? “We fear radiation but not air pollution. We need to shift the fear to where it should be. Not because we want to scare people about air pollution, but because the priority is inappropriate at present.”

When Extinction Rebellion (XR) appeared as a campaigning force far more open and dynamic than traditional NGOs Zion got involved and become one of the its spokespersons as well as the editor of its Hourglass newspaper. Even though XR has never had favourite technologies there was still pressure to avoid mentioning nuclear. “I was having to keep quiet about it for the sake of good relations with a team making great achievements,” she says.

And make great achievements they did. XR’s official aim was always to get 3.5% of people active, which would be over 2 million people in the UK. While it hasn’t achieved that, its reach has been broad and deep enough to change the conversation about the climate emergency it prompted the UK parliament to declare in 2019. The general public is aware of the problem and is ready to move to the next stage. “We need engineers and scientists. The time is right for that change. People want solutions,” and for Zion the time is right for nuclear.

“There already were lots of people doing things for renewables, for rewilding and so on, but nobody was doing it for nuclear,” she says. “It is time for that to change – it was time to change ten years ago, but now I’m in a position to do it.”

Within weeks of breaking with XR and announcing she would lead the UK arm of Michael Shellenberger’s NGO Environmental Progress, Zion has also co-founded Mothers for Nuclear UK as well as Nuclear for Net Zero. She sent an open letter to Prime Minister Boris Johnson in support of Sizewell C with the message that “nuclear lies at the heart of a green recovery” and that the country can make the EPR design its own by replicating the two at Hinkley Point C at Sizewell C, and at further sites. It was signed by over 140 people (including me).

Next up for her is a picnic and swim at a Sizewell C Beach Party on 12 September and then this year’s Stand Up for Nuclear event in March 2021, the latest in the trend of good-humoured public events by people who they think society is missing out on the benefits of nuclear.

“Any move from nuclear to fossil fuels is destroying the planet – destroying species, killing us.”  “If we’re going to follow the science,” as the UK government says it is doing on climate change, “then let’s actually follow it and be consistent about it.”

“Any move from nuclear to fossil fuels is destroying the planet – destroying species, killing us,” she affirms, “The time is right for this change. People want solutions and we need Sizewell C built.”